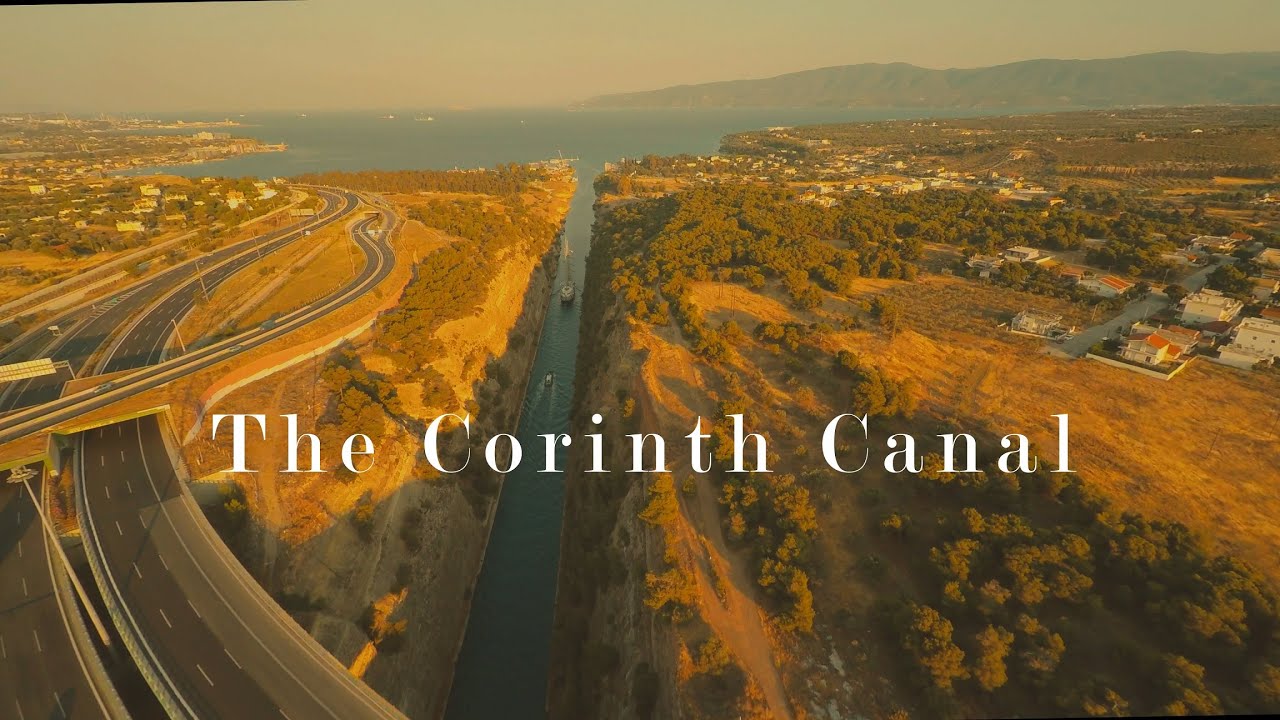 The Corinth Canal (Greek: Διώρυγα της Κορίνθου, Dhioryga tis Korinthou) is a canal that connects the Gulf of Corinth with the Saronic Gulf in the Aegean Sea. It cuts through the narrow Isthmus of Corinth and separates the Peloponnese from the Greek mainland, thus effectively making the former peninsula an island. The builders dug the canal through the Isthmus at sea level; no locks are employed. It is 6.4 kilometres (4 mi) in length and only 21.4 metres (70 ft) wide at its base, making it impassable for most modern ships. It now has little economic importance. The canal was mooted in classical times and an abortive effort was made to build it in the 1st century AD. Construction finally got under way in 1881 but was hampered by geological and financial problems that bankrupted the original builders. It was completed in 1893 but, due to the canal’s narrowness, navigational problems and periodic closures to repair landslides from its steep walls, it failed to attract the level of traffic expected by its operators. It is now used mainly for tourist traffic. Greece.